Home » 90 Days Hard Mode Complete! I Have The Motivation And Willpower Of A God!

90 Days Hard Mode Complete! I Have The Motivation And Willpower Of A God!

Hello fellow NoFappers! I’m /u/KarlSchmidt and I’ve successfully completed 90 days of the NoFap challenge on hard mode! I’d like to share my 90-day success story, along with my thoughts, tips, and overall feelings. And as for the title, yes, I do have the motivation and willpower of a God. I’ll get to that under “Motivation”. Also, I’m sorry, this is quite lengthy. 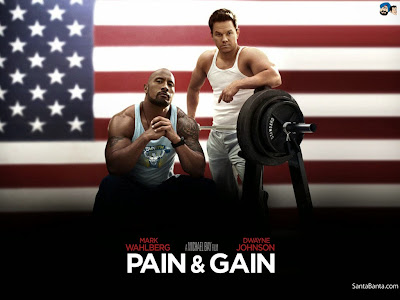 Motivation: This is the best part (to me) of NoFap. I was motivated to do ANYTHING! I HAVE THE MOTIVATION OF A GOD. I CAN DO ANYTHING IF I WANT TO. I started running (doing C25K, last day of it is TONIGHT, so I’m running a 5k tonight!) around Day 25, and along with that running, eating a diet that would help me lose weight (I was obese when I was <16, lost a lot, now pretty good but could use 10-15 pounds off.) started lifting weights around day 60 at the college gym, started taking cold showers on day 67, but best, even better than all those, is what NoFap did to my motivation to do schoolwork. It’s incredible. These no assignment that I fear or that I procrastinate on. Everything gets done on time. Previously, schoolwork would wait for the last minute and be done half-assed, even worse, not done at all. Even worse than that, I didn’t care! Now its not even a problem. The motivation can also be seen when I’m running. On my previous attempt at C25K, I was still fapping and I didn’t complete the program. I didn’t have the motivation or energy. Now, I can jog 20-25 minutes WITHOUT STOPPING! Which, for some of you might not be much, but to me, that is absolutely fantastic.

Girls: There’s a catch for everything, and this is mine. My experience with girls hasn’t really improved at all. I am a virgin with a total or 0 girlfriends and 2 kisses to my name. Girls have always been difficult for me. Some of it may be due to a mild/moderate case of Asperger’s Syndrome, but other than that, its on me. NoFap has not helped with this one bit. I’m still nervous. I’m still EXTREMELY quiet and non-social. I’m still really dull and uninteresting. All of these are magnified around girls. I tried to make a girl-friend here at college. Hell, I even asked her on a date (which I can’t say I’ve done before). She was sick and didn’t reschedule or make any effort to go again so I’m taking it as a rejection. So be it.

Flatlines: A major one hit me at around days 50-65. It really was awful. I had felt like I did pre-NoFap: no energy, no sex-drive, slight depression. It was magnified because this was my first two weeks in college and I was already extremely stressed and nervous. That girl I mentioned previously, all that interaction was during this flatline, so that may have played a role in how that turned out. Flatlines suck everyone, but it’s an important part of the process and it feels great when you finally break free of it.

Filters/Prevention: I did not use any form of filtering or protection on either my phone or Laptop. While I think things such as K9 are great for a starter, I feel that (once again, for me) I learned a better lesson by not blocking it. It was there, I had to resist temptation, and that bettered me in a NoFap sense, a person sense, and a Christian sense. Plus, there’s ALWAYS a way around it.

Superpowers: They exist. I’m not sure that “superpowers” is an completely accurate word to describe it, but nonetheless, they exist. There are many positive traits that come from this challenge, and sometimes, they feel like superpowers. More than likely they’re just things that your normal self could have been enjoying before you and I wasted all those years pleasuring ourselves to 1s and 0s. My big superpower was motivation, as told above. I never was a motivated person before but now my energy seems to be endless. Some people might get different superpowers, such as with the ladies or with their ED or what not, or some might get like a super high feeling all the time, great!

ED/PIED/DE: Can’t say much about these because I’ve never had an issue with any. It is my belief that my extreme lack of physical contact with girls keeps me from getting anything like this. Even a hug from a girl is enough and that’s how its always been. To those struggling with this, good luck to you as well. What a horrible thing to have and I hope you can fix it.

Some Tips: (Disclaimer: these are what worked for me and may not work for everyone)

Conclusion: Did 90 days on hard mode. Totally worth it and and I plan to continue on for the time being. I hope that this helped someone and is not just be babbling. The main superpowers I got were motivation and energy, along with a clearer mind. Next up, 180 days!

Source: 90 days hard mode complete! I have the motivation and willpower of a God!

1 thought on “90 Days Hard Mode Complete! I Have The Motivation And Willpower Of A God!”