Conquered My Internet Addiction : Here’s How? 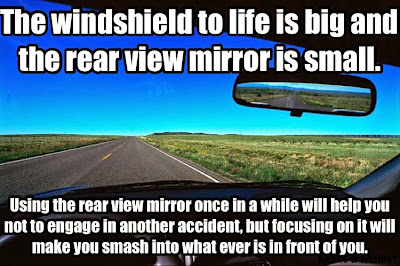 Last summer, I was averaging around 3 – 5 hours a day on random websites like Facebook, 4chan, Digg, Reddit, etc. I desperately wanted to quit, but never had the heart to do it – I felt like it was connecting me to the world and giving me experiences and access to information I wouldn’t have had otherwise, so it was hard to quit, and I didn’t feel like I had to.

How I handled this:

At first, I deactivated my Facebook account. I was hesitant, because I figured I wouldn’t be able to keep in touch with my friends – and it dawned on me, that most of the people on Facebook I was ‘friends’ with I really didn’t care about, and that the people that mattered in my life would still be in touch with me. Problem solved, I deactivated Facebook. It was hard at first, but soon other websites took Facebook’s place and I haven’t looked back in 6 months. That was the first critical step for me.

I was still browsing the web a shitload, but didn’t have Facebook to keep me glued to the computer as long, so it was a crucial turning point.

My addiction was still in awful shape, and I was still averaging quite a bit of time on the web. Over the next 3 months I kept closer tabs on where my time was going. I installed an addon in Firefox called blocksite ( https://addons.mozilla.org/en-US/firefox/addon/blocksite/ ) and began a process of blocking problematic websites, slowly. I would block about one website every few weeks so that I didn’t feel like I was restricting myself too harshly or missing out on anything (which would have led to an easy relapse). After two months of this, I found the only websites I was spending my time on were Reddit, CNN.com and Twitter. This was a huge improvement.

Throughout this entire time, I always felt like I could never fully quit using the internet. I felt like having so much information in the world at my fingertips, I was going to be depriving myself of a colossal learning tool. This kept me from quitting much longer than it would have normally took.

The final solution came when I was at Barnes and Noble. For a long time I was figuring out a way that I could hit the final nail in the coffin, and squash my internet addiction for good. Luckily, I was looking around for books and spotted a book named The Power of Habit, and everything came together. It honestly just came together in my head, not just for cliche sake.

Instead of browsing the internet, I would read the book for as long as it took me to get bored and move onto something else. I would still be learning about important things, and would still get that ‘me’ time that the internet always gave me. It really inspired me, I bought it, and it was settled. I knew this was it.

I was raised on the internet. From the time that I was a young boy, I always had the internet in my room. It’s been a centerpiece of my life since we got DSL when I was 10 years old. And now, I’ve honestly completely conquered my internet addiction. I log on to check the necessities like Gmail once a day, and use things like Netflix every so often, but it doesn’t destroy my daily productivity like it used to. I usually average less than 15m a day and can say no if I want to, something I could never do before. The most critical improvement I made in this whole process was giving up fapping and porn. After that, everything else just fell into place and did the work by itself. I had tried to quit the internet so many times before, but nofap absolutely gave me the extra push I needed and never had in the past.