Home » Relapse Does Not Mean A Complete Reset! Don’t Hurt Yourself Further By Binging

Relapse Does Not Mean A Complete Reset! Don’t Hurt Yourself Further By Binging 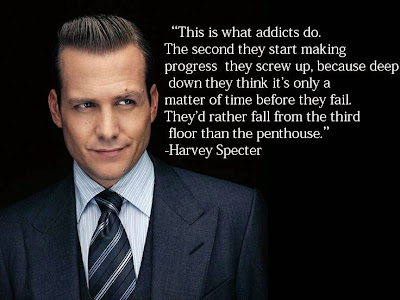 A common theme I see in a lot of posts here is the tendency to, after a relapse, go on a binge for the next couple of days. The mentality that if you’ve already failed you might as well take advantage of it to the fullest. In doing this I think what a lot of us fail to realize is that, even though we’ve relapsed, it doesn’t mean that all our effort during the past days or weeks were in vain. Our brain is very plastic and has a remarkable ability to quickly change itself. Even if you haven’t gone the full 90 days, you’ve still given your brain a lot of time to rewire itself. One relapse does not completely reverse that. I know that some of you out there have some serious issues with PMO addiction and can’t possibly go more than a couple of days without relapsing, but remember that even if you manage to go only 3 or 4 days without it, it’s still a huge improvement over doing it once or several times a day. For every day and every hour you abstain, you’re giving your brain precious time to heal.

You need to treat your recovering brain as you would a broken leg. Let’s say you break your leg and the doctor tells you that you have to wear a cast and not put any weight on the leg for 6 weeks. Imagine that after 3 weeks you’re in a hurry and accidentally put all your weight on it. It hurts a lot and you’re afraid you might have caused more damage to it. What’s the best thing to do in this scenario? Probably avoid putting any more strain on the leg and give it time to heal. The same goes for NoFap, but when you binge after a relapse it’s basically like saying “Well, I already injured my leg. I might as well go run a marathon with it now.”

Our brains have a tendency to want to “abandon ship” whenever we fail. There was a study done at the University of Toronto where people on a daily calorie diet were made to eat a slice of pizza and then taste and rate different cookies. One group were told that the pizza contained more calories than it actually did and that they had exceeded their calorie intake limit, while another group were told that they were still below their limit. The whole cookie-tasting part was just a scheme to trick the participants; the real experiment was to see how many cookies they would eat. What they found was that the people in the group who thought they had exceeded their calorie limit were far more likely to eat more cookies than the group that didn’t. See any similarities to NoFap here? It seems that when we fail with a goal we’ve set for ourselves, our brain abandons reason and discipline and tries to get all it can while the getting is good. This is a tendency you have to beware of and stop quickly. How?

Prepare for failure. Sometimes it feels like we’re never going to relapse – like we got this under control and will never succumb to the temptation again. And then we find ourselves a month, or even a year, down the road with the dick in our hand having just relapsed. It can happen to the best of us. What we need to do is to prepare ourselves for this. What I would advise you to do is to get a sheet of paper or create a text document where you write something along the lines of:

“I realize that one relapse does not stunt the entire process. I have made a lot of progress in the past couple of days and I will continue with that as long as stick to the challenge and don’t go on a binge. I will now go for a walk, take a shower and then reset my badge and continue with more determination and discipline than ever before. I am stronger than this. I will not break.”

If you do relapse, then immediately read what you’ve written to yourself and proceed with the other steps. Go for a walk – it will help clear your head – and take a shower, which has a very psychologically cleansing effect on you – feel as if you shed your skin and are being born again. Then go reset your badge and feel the determination within you to start anew. See it not as a failure but as an opportunity to learn and challenge yourself further. See it as a chance to come back stronger and wiser than before.

Remember, we all fail. It’s our ability to pick ourselves up and continue going that in the end determines our success.

I’ve finally struggled my way back into a decent streak, and in doing so I’ve seen the powers of NoFap at work a second time. The experience has given me renewed strength in my resolve to kick the habit for good.

What I take from this is that if a fapstronaut gets it into his head that fapping is really amazing, and that going back to fapping would be a huge relief, maybe he needs a little binge to show him how deluded he’s being about this habit. Allen Carr makes a similar argument regarding smoking – if you try to quit before you’ve convinced yourself of just how damaging and ultimately joyless it really is, you’ll have a much harder time initially, and you’ll remain forever more vulnerable to relapse. If you’ve already done that and all you’re dealing with is a transient urge, then yes, bingeing is a terrible idea, and will only do more to reverse the progress you’ve made.

Source: A relapse does not mean a complete reset! Don’t hurt yourself further by binging.