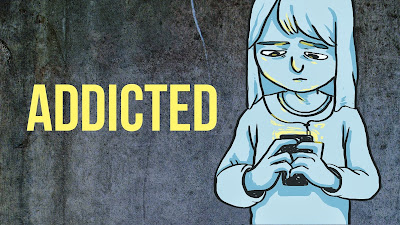 Edward Norton (The Fapper) – I am overusing general comforts to block out everything else in my life. For example: lots of caffeine, sugar, junk food, smoking, weed when I have it in, loud music through headphones, browsing low quality content on the internet (thanks a lot reddit), and TV that requires low a low attention span (which I often get bored of and have to have a break to browse while listening to music to get through).

Causes – anxiety, procrastination, fear of having something I have to remember to do (pretend it doesn’t exist or it will reduce my capability to think about stuff!).

I am getting nowhere, my attention span is too shit to meditate, and any sort of regular help would be forgotten in a few days. How can I break this degrading cycle? I hate wasted potential, but that’s all I am. I also hate being a hypocrite but that’s all I am.

Tyler Norton (The Cool Alter Ego) – Well, it is your fault. It’s all your fault. There is no advice anyone on r/nofap, or anywhere for that matter, can give you that will poof! you into the confident, anxiety-free, motivated person you want to be. Self-improvement is excruciatingly hard, gradual, painstaking, time-consuming. Even having the most intense, mind-shattering epiphany on psychedelics isn’t going to be enough to make you into the person you want to be. It can show you the path, give you the motivation to push you onto it, and empower you with the tools for self-actualization. But nothing can replace hard work, as corny as it might sound to you. Michael Jordan was cut from his basketball team, Steve Jobs was fired from the company he created, and Oprah was terminated from her job as an anchor. You think they got where they are just because they were born tough and determined? No, they were just as mentally fragile as us. Only through grit and more grit did they succeed.

It takes effort, a whole fucking lot of it. You’re not the only one who refreshes reddit a thousand times a day. I’m addicted to caffeine, too. And I have ADD and the terrible focus that comes along with it, too. But I work hard to fix it. I meditate daily, I exercise daily or near-daily, I try to eat right.

It’s never easy and at times working on yourself will feel pointless or arbitrary and the negativity will embrace you constantly like sirens begging you to just relax and go back to the soothing familiarity of your distractions. No advice or drug is going to fix that. It’s up to you and you only to craft yourself into the person you want to be. It’s obvious that you know what you have to do, but that you’re afraid to bite the bullet. Too bad.

Stare your demons in the face and stand your ground. You’ll see the results you want if you work hard, really hard. Unfortunately, there is no way around that. You won’t see results for a while, but if you persist and you can look deep into the abyss within and know you gave life every shred of dedication you have I promise you’ll be the person you envision yourself as.

Research shows that it takes ~28 days of repeating a behavior until it becomes ingrained and naturally routine. That’s not to say self-improvement ever gets easy, but it’s something to keep in mind.

You ask if it’s “normal” to do these things. I think it is, but do you really want to be normal? Being labelled normal might mean that you’re not below average, but that’s not a very lofty goal for your life. The confirmation that I’m not below average isn’t worth much to me. Don’t ask yourself if you’re normal, ask yourself if you’re great yet because that’s what you want to be. You want to be happy and fulfilled. Normal people are neither. You’re only hurting yourself by benchmarking yourself to other people, but if it gives you motivation remember that there have been plenty of people far less fortunate than you who pushed through the angst — people who’ve been down to the depths of human despair and clawed back inch by inch… because in the end, persevering is all we can do. The man with the highest IQ in the world is a bouncer and spends his time writing a never-quite-finished metaphysical book on his Theory of Everything — I pity him! What have his brains accomplished him?

Imagining alternate or possible future universes where I don’t have anxiety and I’m rich and get laid and love life never did anything for me. None of those fantasies ever put money in my pocket or happiness into my heart. Breaking out of fantasy (which I’m assuming you do in some form or other since you seem to be longing for something better in life) is tough because it’s assuring and comforting, but it’s a false, deceiving opium that robs you of the desire to materialize your goals. Real life fucking sucks, just wanting something badly is never enough. Not only do you have to dedicate yourself entirely to realizing your goals and visions, you have to hold that note steady — a feat infinitely easier said than done.

Some times situations like this are not about doing less of something but more of “What do I want to spend more time on? And then doing it”

For example, quitting smoking, if you don’t know what you want to spend more time on, then when you have free time you’ll keep smoking, because there is nothing better to do.

Now for your example. You want less computer, more simple living. But what does simple living mean to you? — Less work? Work you enjoy? Living off grid? Living like a hermit? Living in an Eco village? Taking daily hikes? Reading books? Painting? Playing guitar? Spending time with family? — whatever it is, figure it out, then spend more time on it and automatically you’ll be doing less on computer. And in the case where the computer aids those priorities, like Reddit, then you’ll be using this tool correctly for your life.

I’ve thought a lot about my life in the past few months after participating in NoFap and made some major changes, both internal and external. Slowly, things are starting to shape up. I have quitted smoking, started taking care of my body, working on nofap but I think I am addicted to internet (I know this is not the main issue…I have many underlying issues). I also read a post today on NoFap about a poster leaving so i am following suit.

TL;DR I realize I’m rambling… Figure out your priorities, more specifically, and then spend more time on them, leading to less time spent on everything else.

Source: Get Out Of Comfort Of Your Computer Chair – Dealing With Internet Addiction- Long Post