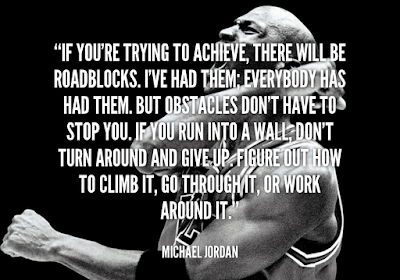 I’m not sure what is happening exactly, but it’s scary, it’s awesome, and it’s real. Something has changed. My mind and body are awakening from a slumber that I fell into at a mere 8 years old, when I discovered that repeatedly rubbing my cock gave me “the shivers”.

I began my NoFap journey over two years ago, and many, many, many relapses later, I believe that I finally understand what many NoFap vets have been saying all along: NoFap isn’t about “pulling chicks” or acting “alpha”, it’s about waking the fuck up.

Now for some context: I am 25 years old. For years I had crippling anxiety/depression. I have had two girlfriends. I am generally a bit timid around women unless I am intoxicated– in which case I become overly aggressive bordering on sleazy. I have hooked up with a fair share of women, but I have never, ever in my life had sex; nor have I been given a “tug” or a blowjob. In fact, I am extremely stunted in a variety of ways: no drivers license, virginity still in-tact, and living at home with my very supportive and simultaneously repressive parents. At 25 years old.

Sure, I have a college degree from a fairly established university, but the pride that gives me pales in comparison to the guilt and shame I feel from lacking a drivers license, a place of my own, and most crushingly, lacking sex and intimacy.

You might assume I am a pear-shaped Minkus, but in many ways I am quite the opposite: high school soccer captain, baseball MVP, 6’1, perfect teeth, cleft chin. And before you accuse me of bragging, consider that I just admitted to being a 25 year old virgin who lives at home with his parents and can’t drive a car.

Now, before I proclaim that all these flaws have been fixed– let me assure you that they remain. I am still stunted in all these ways. But what has shifted dramatically since I began this NoFap journey is my desire to change them. It is no longer a slow, suffocating “fuuuuuck” as I wallow in apathy as the ship crashes into the iceberg. No– what I feel now is a genuine desire to take action, and take action now. Fuck the iceberg.

My desires and guilt are no longer welled deep in the recesses of my being– suppressed when they daringly rise to the surface. Now, I feel them deeply. I feel them head on. It is painful, to be sure, but I’ve come to realize (largely due to NoFap, it seems) that these issues are not irreversible burdens of a sad and lonely fate: they are simply important aspects of life that I have failed to experience or attain due to a variety of factors (fapping, anxiety, depression, marijuana, low self-esteem).

Anyhow, to reiterate what I said earlier: two years and many, many, many relapses later, I believe that I finally understand what many NoFap vets have been saying all along: NoFap isn’t about “pulling chicks” or acting “alpha”, it’s about waking the fuck up.

After many shorter streaks, the difference between the two states (fapping vs. streak) became crystal clear, and I used the memory of regretful relapses as fuel to continue forward. It got to the point where I would avoid social situations if I had recently fapped, because my core essence was so clearly zapped (social confidence rises greatly during a streak). When you get used to how you feel on a streak, it becomes who you are– and in the days following a relapse, you no longer feel like yourself. It’s analogous to Austin Powers getting rendered useless without his mojo.

So, with the benefits of a streak and the awful drawbacks of fapping clear in my mind, I was able to consistency abstain for weeks, sometimes months at a time. Over the past few months, I have abstained almost entirely (with the exception of a night where I fapped to relieve the horrid blue balls that were caused by an inability to perform due to whiskey dick— hence my 17 day badge).

One thing I noticed is that the nights I had wet dreams were all nights (days) in which I was exposed to an arousing or pornographic image. The night I started watching Marco Polo and saw the whorehouse: Boom. wet dream. So I make an incredibly strong effort to not watch anything arousing whatsoever. Yesterday when I watched Forgetting Sarah Marshall I left the room every time Jason Segal or Russell Brand were getting laid. In combination with this, I’ve developed a visualization method to ward off wet dreams, and so far it has a 100% success rate. The method is to vividly picture Runkle from Californication with his little dude butt in whitey tighties. The image grosses me out, and I try to think of it every night before bed (Runkle, if you are reading this, I am truly sorry).

And that takes us to now. The bad news, fellas, is that I don’t feel amazing all the time. I don’t feel like George Clooney when I hit the town. I don’t fall asleep at night feeling thankful for how grand and perfect everything is. In a sense, NoFap does quite the opposite. It wakes you from a numbed state. It says “fuck you and your apathy. Here is some real pain, some real desire. Do something about it.” It’s difficult to recognize that you are numb and detached when you are numb and detached. It’s like how crazy people don’t know they are crazy (or so I’ve heard). Only when the fog and apathy and depression start to lift do you realize how long you’ve been under. How long you’ve been gone. It’s liberating and it’s terrifying, but it’s better than being numb. I should add, that in addition to this awakening, not fapping improves confidence, significantly reduces anxiety and depression, and fills you with a calm and quiet confidence. It won’t turn you into George Clooney, but you will feel a lot more like him than you did while drenching the happy tissues.

A lot of you aren’t going to like what I’m about to say. And if you’ve somehow made it this far into my massive internet thought dump, I tip my cap your way. What I’m about to say is that a huge part of my waking up also involved quitting marijuana and caffeine, both of which I have consumed regularly for years. I quit smoking weed in November of 2013. Quitting weed caused crippling anxiety which took months to cease. It took a solid 9+ months before I felt like my old self again.

Quitting coffee came much later. I did it because I decided I didn’t want to be dependent on anything other than food, water, and exercise. The first two weeks are brutal– your head is scrambled, the fatigue is a freight train– but it gets better. I can’t speak for everyone, but lots of my stress and issues disappeared when I gave up caffeine. Coincidence? Possibly. But I have no intention of consuming the stuff ever again. I won’t even eat chocolate chip cookies. Which brings me to my next point:

I think some of the benefits of quitting these habits aren’t so much the physical/chemical changes themselves, but the discipline it requires to make– and stick to– the change. I have found the whole situation to be paradoxical: I spent years and years consuming drugs, porn, video games and whatever else in an attempt to feel better; an attempt to achieve some kind of true satisfaction that I sorely lacked. However, after abstaining from all these things, I have found that the peace and comfort I sought through substances was within me all along. I didn’t need to add; I needed to subtract. And now that I have done so, I am prepared to add again: only this time, I’ll be adding components of life that I find meaningful and fulfilling, rather than vacuous stimuli that only make things worse in the long run.

So what am I really trying to say here? What is the purpose of this masturbatory novella? Perhaps it’s to reach out to someone like me, someone who is depressed and anxious and has been playing their own skin flute for as long as they can remember. Perhaps there is someone smoking the days away into a haze of blurry memories and sticky nights. Perhaps there is someone like me, who strung together several NoFap streaks, but hasn’t noticed any benefits beyond improved confidence or libido.

Just know this: NoFap isn’t a tidal wave where the benefits appear quickly on the horizon and smash anything in its wake. NoFap is a glacier. It is strong, powerful, and steady. You likely cannot see it moving, but it is. And with time, it will carve out something grander than you can imagine. But like I’ve mentioned: the true benefit of NoFap isn’t +10 points in confidence and +20 points in masculinity.