Home » Saying Goodbye To NoFap Sub This Afternoon, But I Wanted To Leave A Little Farewell Post Before Hitting The Unsubscribe Button.

Saying Goodbye To NoFap Sub This Afternoon, But I Wanted To Leave A Little Farewell Post Before Hitting The Unsubscribe Button. 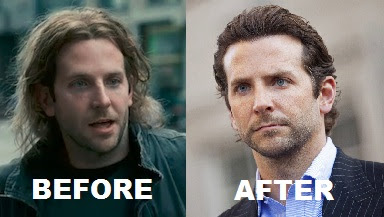 First of all, I’m not here to talk about how this sub has gone downhill or anything of that nature. I’m not leaving because I feel strongly about the state of things, it’s just that I very rarely read anything posted here and I almost never post anything myself. I’m simply tidying up my feed and narrowing it down to the few subs I consistently browse these days.

Now then, you might look at the 1355 day streak I have going and feel like I should be helping out more. Passing along the secrets and such. The truth is, I have no complicated advice to give. I have no list of guidelines to bestow upon you. My best advice is this: stop jerking off.

You feel like having a nice fap because it’s been a few days? A week? A year? Your girlfriend didn’t feel like having sex? You have no girlfriend and no prospects? Go do something productive. Let the urge to cave be a reminder that it’s time to get to work. Every time you feel like masturbating, do something else. Don’t let yourself jerk off. That’s it. I can’t say it enough. Simply do not allow yourself to perform that action. Make it impossible. If you have to throw yourself onto the floor and crawl out your front door onto your lawn just to get yourself out in public where you know you’re going to be too embarrassed to pull out your cock, do it. Lie in the grass and look at the sky until you can pull yourself up and then start running. Do pushups until exhaustion. Write about how you feel. Sing. Dance. Listen to some music and take a walk. Whatever you have to do. Just decide once and for all that you’re never going back. You can do it. I don’t care how addicted you think you are. Stop. Now.

Source: Saying goodbye to many subs this afternoon, but I wanted to leave a little farewell post before hitting the unsubscribe button.
Q: Top 5 benefits linked with doing nofap?
ANS:  I don’t know about this question. The problem is that I never really did it for the “super powers” or any of that jazz. I didn’t get an instant boost in mood or become a beast in bed. For me, it was just enough that I very swiftly put an end to a bad habit that I had been fostering for over half my life.
Here’s how I look at it. The decision to stop masturbating, once truly put into effect, can become a very sturdy pillar in the construction of your temple, so to speak. Once you put that support into place you can use it as a reference point, something you can look to when you’re dealing with the next big (or small) change you want to bring about in your life. If you have another habit you’re trying to strike from your ledger, you can build that next support right next to the one that holds up nofap, and so on.
To me, that’s been the greatest benefit. Just having it in my back pocket that I said no more in a single instant, an instant just like any other, and I made it stick. I figure there’s no reason I can’t apply that same method in other areas of my life.
Q: What was your reason for quitting? Did your erections improve? How many times do you think you ‘relapsed’ and was relapsing part of the process for you or did you just quit one day?

ANS: I had many reasons for quitting. Probably the same reasons most people decide to at least begin the internal dialog concerning giving it up. The most prominent to me was the waste of time. It wasn’t really something I enjoyed doing. I think when we first start, it’s natural. We stumble upon a brand new facet of life and we’re curious, but we get caught up in it. We spend hours in front of a computer screen, searching for the right video, wiring ourselves to see people as sexual objects first and foremost. And though my wife never had a huge problem with it, I didn’t feel like it was a very honorable thing for a person in a committed relationship to be doing. The belief has only become more profound since stopping, that the sexual part of ourselves is a very special gift we can give one person, if we’re interested in that type of relationship. Maybe that’s not your thing. Maybe you’re into casual sex. Whatever works. Bottom line, if you expend all of your sexual energy on yourself by way of imaginary encounters, you rob yourself of the richness that is sex in real life.

As far as erections improving, I don’t recall struggling too much with that. Though, I know there were times in the past where I had taken care of myself before going to bed and then been uninterested in actually having sex with my wife. In hindsight I think that’s totally pathetic and unacceptable.

As far as relapsing, when I made the call that was it. The times I had “tried” quitting before weren’t connected to the event where I actually quit. Not in any meaningful way. What I mean is that before making the decision to stop for good, I hadn’t gone through a series of failed attempts that bothered me. The last time I had even thought about giving it up before I actually did was probably at least three or four years prior, and I’d call that a very half-assed approach. The dabbling I did before was more like the Seinfeld episode, where I just wanted to see how long I could go without. Once the urge came on too strong, I wasn’t all that worried. My thinking was probably more like, “Well, this is going to be a nice welcome home.”

So, to answer your question, it was definitely a case of just quitting one day. Cold turkey. I think that’s the best way. You leave yourself no room to fail. You take that “freedom” away from yourself and replace it with the freedom to live your life as you actually want to. It’s not always easy, but you teach yourself a wonderful lesson, and that is that it’s on you to make your life happen. Things don’t always go your way, but you can absolutely exert your effort in a way that lines up with your personal philosophy. That way, when the world does turn in your favor, you’re ready to act. You’re primed and prepared.

1 thought on “Saying Goodbye To NoFap Sub This Afternoon, But I Wanted To Leave A Little Farewell Post Before Hitting The Unsubscribe Button.”