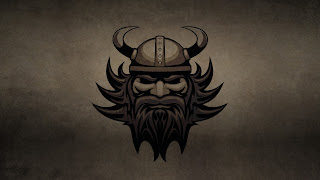 Start NoFap with a conviction. Have a burning desire for it. For me it was to stop pleasuring myself because I constantly kept doing it and never got any from women. 84 days later I lost my virginity. Now I am more focused, determined, motivated, no anxiety, more social, quit taking adderall, stopped playing video games, reek of masculine alpha body language, am more poised, look people in the eye when talking, and am noticed by more women and respected by more men. I FEEL the difference that NoFap has brought to me, and whatever any lame random fuck says otherwise about it being Placebo, Broscience, or bullshit, I let them make up for my lost Faps while I continue with my improved life.

The dangerous times are when you are home, alone, bored, or in private with nothing to do.

You aren’t “TRYING” NoFap. You’re DOING NoFap. You either DO IT or you FAIL because you lack the discipline, willpower, and are addicted to pleasuring yourself because you can’t get it from females IRL. Start NoFap with a solid plan and either execute it or don’t bother. Before in March 2012 I “TRIED” NoFap and I fapped every week or two with superset fap sessions in between here and there. On august 24th I started a 78 day streak which ultimately ended up a failure because I laid down, was bored, alone, and bargained with myself that it’s ok or its just this one time. —– On December 27th 2012, I started again and here I am , day 104, absolutely determined and have adopted it as a lifestyle choice, my way of life from here on out.

Also watch this : http://www.youtube.com/watch?v=wSF82AwSDiU Then when you have an hour+ watch the yourbrainonporn series 1-6 on YouTube (This one may be boring for some people like some of the friends I recommended it to. It explains things a little bit more in detail. I watched it from beginning to end with amazement)

Also — Here are some things that I personally have experienced from NoFap. This is why I continue NoFap and the thought of Fapping doesn’t even enter my head anymore because I literally have to be insane to pass this shit up and go back to the old me — starting with the things that are most important to me.

I stopped playing video games and am 10x more social that I use to. This isn’t that I suddenly said or thought I was too good for it or anything. Around day 23ish, you start to do the same old thing you do all the time and you get this feeling that it isn’t enough…almost like a restless feeling. From this around that time, I got up and walked to my friends apt where a bunch of people always hang out and chat, smoke hookah and what-not. Ultimately this led to me NOT playing video games anymore because it just doesn’t do it. I tried playing Bloodline Champions the other day and I felt gross after about an hour. I felt drugged, almost like I was on Adderall (I’ll get to this in a second) — I just kept playing because it was like a magnet and I hit close and said fuck this. Honestly I’ve been playing video games since I was 13 — I’m 21 now. I’ve played it so much because its the only thing I knew how to do. I played AT LEAST a minimum 8+ hours a day. I fell behind so much socially and I am on a crash course and am growing so much faster. Fuck it , I’ll play it again when I want to — I’ll be damned if I feel compelled to play video games because I don’t have anything else to do.

Less anxiety. By this I mean I am more at ease. There are many examples to give of this. The most noticeable one when I went on NoFap streaks (I don’t recommend this) and broke them, is for example : I’m in the car and listening to music … Now on NoFap if I play a song I’ll jam out to it and enjoy it without any thoughts or lingering worries…before NoFap, for some reason, I couldn’t really focus on the song because I’d be thinking about stupid shit like “What’s the car next to me thinking?” Or another example is when I talking to someone, I just talk to them and look at them and listen to what they are saying. I won’t have this force to force me to look down, look away, or feel uncomfortable. If anything, it’s the other person.

Females. By this I mean that I know I’m a pretty good looking guy (especially now from all the great things I’ve heard from females) — but I never made any pursuits or never escalated anything that females did to me. The only things I ever did was when I was drunk. I stopped fapping because I didn’t want fapping to be an option for me anymore. If I wanted pleasure, It will be with a real women or no pleasure at all. Period, end of discussion. Yesterday night I was at a friends house smoking hookah. I was literally staring at the wall with a blank face because of how fucking horny I was. 2 hours later I got laid. That shit didn’t happen while I fapped. Am I capable of doing it while fapping? Yes. But NoFap makes it so much better, you naturally start doing it. I read some shit somewhere and It is so true. If you don’t pleasure yourself and build so much fucking sexual tension inside, nature fucking does some shit and you end up getting laid. Whether it is in your first week or your first year, YOUR CHANCES ARE HIGHER when you NoFap. You are more receptive. (Don’t fall into the trap of chasing women though — that’s not good. Eventually you’ll become so depressed that unless you are so dedicated and motivated, such as myself, you’re probably going to lay down and fap out the stress one day)

I get up, go out, and do shit now. PEOPLE HIT ME UP asking me what’s going on. Do you know how wierd that is? Less than a year ago, the only thing that was going on for me was Diablo 3, CODBO2, BF3, CSGO, BLC, and Aion.

I have a better outlook on life. Everyday things are more enjoyable. I’m able to sit in a room and enjoy being there, enjoy being around people, appreciating the social exposure and simply not doing the same playing video games that I am able to do. Another example, I SEE people get bored quickly when I am contempt. This happens all the time when people turn their phone on and start messing with it simply because they aren’t stimulated enough. I’m naturally more stimulated (mentally and physically)
Also, one that you may notice later on (day 60+) , for, I read body language like a fucking boss. I look at people and from their movements, the way they speak, carry themselves, simply stand, look at people when they walk… I know how they feel, I know what they are thinking. It’s kinda fucked up and some people may take it wrong here, but I can tell a video gamer or a 24/7 computer dude vs the not simply from the way they carry themselves. I can tell social levels from people simply from their eye contact. I also study body language on the side (A long time ago) but this shit has become so much more apparent now, it is amazing.

Also girls are constantly smiling, men are constantly acknowledging…I can go on and on. Trust me though. DO NoFap.
Give it 90 days. You’re probably going to go through hell but fuck it, you owe it to yourself. You don’t spend any money, you don’t waste any time (YOU GAIN TIME) , and you have nothing to lose but ahem …

90 days. I don’t care what you have to do. Whether you can be self motivated or if you have to do some crazy shit like give your friend $1,000 and tell him to hold it until you ask for it back. Do something drastic — but ultimately what will end up working best is having that burning desire, that will and conviction — You have to want it. This isn’t some fad or a diet, this isn’t something you’re going to think is cool and think about for an hour just because you’re currently bored. This takes dedication and you are more than capable of it.

Some people say I’m giving all the credit to NoFap and very little or none to myself from the things I have accomplished. I have thought about it and I agree. I’m not saying that my success isn’t partly due to my hard work and effort — just saying that all of this has happened while on NoFap and I find a correlation to it. Whether it is legit or not, it has happened, and I am sharing it with others hoping they are successful with it as well.

And what is successful to me may not be successful to someone else. From the things I posted, there are many other reported benefits of NoFap. For example, many have ED (Erectile Dysfunction) from so much fapping over time. With NoFap, many have fixed this. Others have noticed an improved sex life with their girlfriend/wife. Others have gotten much more free time to improve their business or partake in new hobbies. The exciting thing is : What are the great things that may happen to you?

TL;DR; Read It Or Leave IT