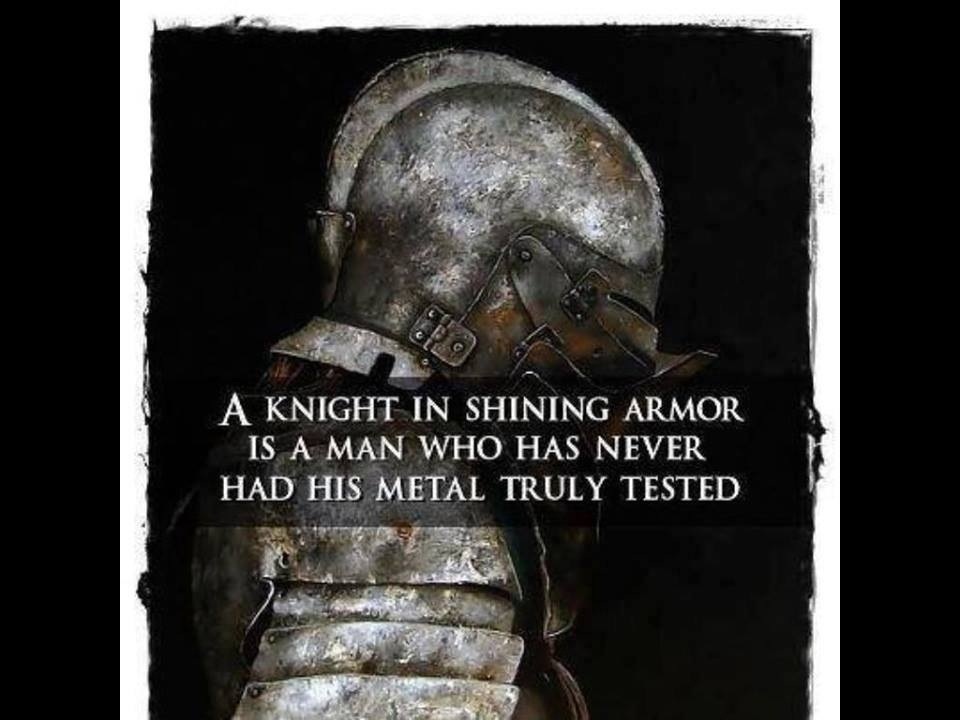 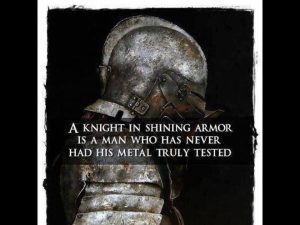 It’s crazy how time just slinks away like that, isn’t it? It seems like such a long time but before you know it a full calendar has zipped right by you and you’re back where you started.

NoFap has been present in my life ever since I stumbled upon this subreddit a year ago. But I’m going to begin this journey by going back 13 months – one month before I discovered NoFap.

In which your narrator visits Big Ben

I had quit my retail job, packed a bag and fucked off to a different country (I live in the EU, so that THAT big of a deal) with the intention of staying the whole summer. It was summer break from university. What a great way for a 21 year old male to dig himself out of a social anxiety filled existence with high hopes of returning as a “changed man”.

What a shitty idea.

One of my roommates was a hot Italian chick. She was pretty, always smiling and wore revealing (but nice) clothes around the house. I could barely speak to her. Fuck me.. I cringe when I think back to my interactions with her. I could barely get a sentence out, would sweat and not make eye contact. I would also check her out when she wasn’t looking. I’m ashamed to say that I was THAT creepy housemate. Feels bad…

Other than pornographic ones, the only thought that really bounced around my mind was “how long do I have to stay here until I can return home without looking like a complete looser who wasted a summer, locking himself away from new experiences in a foreign country?”.

I distinctly remember wishing I could just go back in time and never embark on the trip.

I should say now that this story doesn’t pick up in a heroic fashion. At least not so soon. There is no romantic comedy style chance encounter with a beautiful London girl on the tube that flourishes into a loving relationship. Just a warning.

After a few weeks I was genuinely going insane. Like I’d wake up lying on my bed in cold sweats at night. I’d worry non-stop about my life. I felt like a failure.

For the first few weeks, the only times I’d leave the apartment (and mostly my room) was to go to supermarkets to buy cheap food (no job = little money). In my room I just did bodyweight exercises, watched movies, jacked off and day dreamed.

My flatmates would often inquire as to what exactly I was doing in London. I had planned to get a job but anxiety, depression, home sickness, brain fog and lack of motivation killed any chance of that. So, to ward off their questions I began to leave the apartment most days.

It was summer time and I began going to Hyde Park daily. I’d just find a tree with shade and flake out under it alone. I’d sleep, relax and then panic about my situation.

Any Londoners here will know that Hyde park gets really busy during the summer with tourists, office workers and teenagers all enjoying the sun. I sat alone watching thousands of extroverted people enjoy LIFE.

As you can probably tell by now, a few home truths were really hitting home. I couldn’t distract myself from all my problems because I was the only company I had.

A couple more weeks passed like this. I gave up. I gave in. I booked a flight home. I packed a bag. I fucked off.

In which your narrator goes back to his old ways

I have a few friends. On the surface of things I’m actually quite normal. In college and jobs I’m just a regular guy. I don’t have any luck with women as of late. I’m not a virgin and have been in a previous long term relationship. For the past few years romance, confidence and motivation have faded away. But still, I appear normal. I’m not fat and can dress reasonably well. I’m just a normal male, in most regards. The reason for this is the same reason many other Fapstraunauts can keep up normal lives: We create little set-path lives and stick to them. Wake up. Go to college. Go to work. Go home. Jack off. Sleep. Repeat.

No variance. No test. No hassle. No challenge. The Sims 3 real life expansion pack, I guess.

Just wake up, go about your mundane existence and pray nobody gets their hands on your laptop and presses Ctrl+H.

I settled back into this life and for a little while I was happy mostly because I no longer had to see my demons as I had in London. Then one day I found NoFap.

In which your narrator discovers NoFap

I don’t remember specifically how I found NF. Could have been a TED talk, could have been a link elsewhere on reddit. I don’t fucking know… who remembers stuff that they consider unimportant at the time.

What I do know is that I began digesting a lot of NF material (videos, YBOP, this /r/nofap) in a very short space of time. And one day it all just clicked. Everything described me perfectly. What started out as me reading about a bunch of Internet people deciding to stop greasing the weasel ended up with me coming to a big realization.

The social anxiety. The lack of eye contact. The nervousness. The lack of motivation. The objectification of women. The placing of women on pedestals. The brain fog. Everything. This was me and all the crap I hated about myself condensed into a sub reddit.

I felt like that scene in Fight Club when he realizes he’s Tyler Durden – *”We have just lost cabin pressure”.

In which your narrator beings his first streak A few more months passed by before I decided to actually act on NoFap. I can’t remember why I delayed it so long. Anyways, it was late October 2013 when I began my first streak.

I had ups and down. The ups – oh my sweet Jesus the ups. At times I wanted to cry because I was so happy. I seen beauty everywhere – particularly in women.

I no longer objectified them. A girl could laugh and I’d find it beautiful. Don’t get me wrong – I wasn’t walking around peeving on people who laughed. I just developed this appreciation for females that was WAY deeper than “nice tits/ass/whatever”. I stopped mentally ranking girls on a scale of 1 to 10. And to be honest, I realized that the usual 10/10 girls are just, normal.

Even women with weird, quirky features were beautiful.

I just wanted to speak to them as people. And I did. And life started to be fun.

On day 28 of my streak (I still remember the day number!) I attended a small house party. I was on a “high” part of my streak. I never attend clubs/party’s with the intention of getting lucky. I never have. I’m an introvert and don’t really do well in these situations. I’m not unattractive (6 ft 1′, not fat, okay face), I just never had the confidence to flirt etc… yada yada.

Anyways, I just had fun. Drank. Talked. Got buzzed. Laughed.

Ended up sitting next to a girl with dark brown hair, porcelain skin, blue eyes. She was beautiful. I’m pretty sure we began talking via a friend of a friend or something (IDK… was drunk). Anyways, she was studying computer programming. We talked about Android apps and other things. It was an actual conversation and I was really interested in her mind. I was not expecting anything sexual/romantic at all. I just thought she was really smart and interesting. I enjoyed her company.

Obviously I also thought she was beautiful and gorgeous, but as a person, not an object.

Conversation kept going. Eye contact. Kissing. Going upstairs to her room. Clothes coming off. On the bed. Both really enjoying it. Awesome. My dick isn’t working. She’s so beautiful. Wait. What?! MY DICK ISN’T WORKING.

“Place the oxygen mask over your face, pull down sharply to start the flow of oxygen and brace for impact”.

I told you this wasn’t a heroic story.

In which your narrator relapses

The next few days were rough. The urge to relapse were huge. After such an abysmal failure at the one time I’ve ever had an opportunity like that I felt like a turd. I lay in bed, went on jogs, had cold showers, visited this sub.. everything. Some days I felt a little better and chalked it down to “an experience”. Other days I spiraled down the pits of despair.

I attributed the ED to intoxication. But it may well have been caused by PMO. I’ve never had issues with it before in my previous relationship but that was over 18 months since I’d had any sexual contact. Could have been either or a combination of both. I don’t know.

The low. Nothing was lower than that low. I lay there, out of breath and just buried my face into my pillow. I knew I’d made a big mistake. 44 days of progress into a fucking Kleenex. The O was shit. The P was weird stuff I was trying to kick. The M was bland and unrewarding.

In that moment, I once again wished for a time machine. I just wanted to go back a few minutes and stop myself. I wanted to stop myself from ruining all the experiences I’d had over the past month or so of NF. My failure with the girl was NOTHING compared to failing myself. That low…

Advice: That little high you get from relapsing lasts about two seconds before you’re plunged into a pit of failure.

Over the next six months I’d gain streaks of 10, 14, 12, etc etc.. days. Sometimes, all I could muster was 2 or 3. The brain fog came back. I could no longer talk to girls. Instead, I objectified them from afar.

At one point around March I climbed back up to around 30 days and began to feel on top of the world. The “super powers” began to return. And for some reason I decided to add to my great mood by jacking off. Retarded idea.

I had no more encounters with women. Anxiety returned. Motivation left. I gave up on NF. I stopped visiting this sub. The old me was back. I was a shell of a man.

In which your narrator decides it’s time to change, again

Well damn. It’s a year since I returned from London and found NF. A year. And, despite making progress and experiencing delirious highs, I’m back to square one.

I’ll be on the sub a lot in the coming months to offer advice, support and motivation. And to receive it.

Stay strong brothers. Don’t relapse or this time next year you’ll be playing the “what if I had just…” game. And it’ll hurt. A lot.

Do it to become a better man. The kind of man that when a person (either a man or women) looks at they might want to talk to you. Or view you as a person worthy of respect.

2 thoughts on “A Year Of NoFap. Success, Failures, Highs, Lows”