Here is the list of NoFap legends (Great men that benefited from seminal conservation). All on the list fall into one of the three categories:

“Freud held the opinion (based on personal experience and observation) that sexual activity was incompatible with the accomplishing of any great work. Since he felt that the great work of creating and establishing psychotherapy was his destiny, he told his wife that they could no longer engage in sexual relations. Indeed from about the age of forty until his death Freud was absolutely celibate “in order to sublimate the libido for creative purposes,” according to his biographer Ernest Jones.”
(Source:Sigmund Freud – Psychoanalysis – Psychotherapy ) 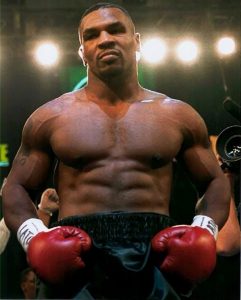 “I never knew that conquering so many women takes so much from you more than adds so much to you. I always read that the great fighters never had sex before fights and I was a young kid and I wanted to be the youngest heavyweight champion in the world, so I restrained myself from sex for around five years.”
( Source: Mike Tyson in ‘Tyson’ and Athletes on Abstinence ) 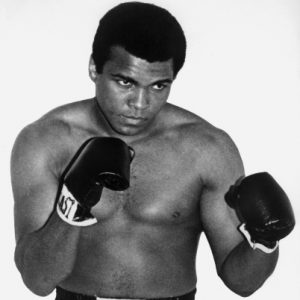 “There’s a kid just come down here named Cassius Clay. If you bet on him every time he fights, you’ll be a rich man, ‘cause he won’t lose a single fight. I believe his thing is sexual control. And he’s got it. Any kid who can control his sex can with the title. I believe it.” (Olympic Boxing Coach, Harry Wiley, quote from book ‘Muhammad Ali, The Greatest.’ Further source:The New Science of Seminal Conservation ) 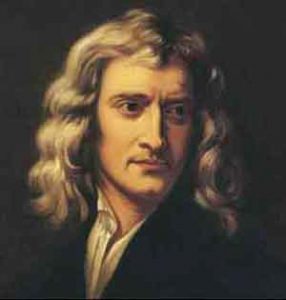 Sir Issac Newton Scientist & Mathematician
Life long celibate. Believed to have died a virgin.
“The way to chastity is not to struggle with incontinent thoughts but to avert the thoughts by some employment, or by reading, or by meditating on other things,” 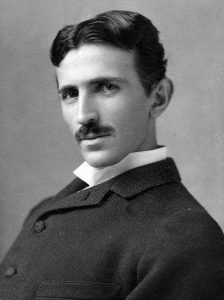 “He believed that celibacy spurred on the brain…”

One of Tesla’s other biographers, Kenneth Swezey, a journalist who remained close to Tesla in his declining years, called Tesla “an absolute celibate,” and confirmed that
he rarely slept. 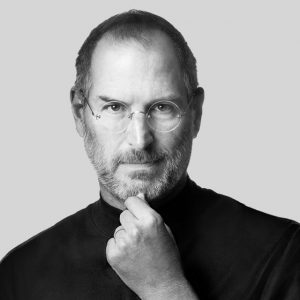 “Our birth control method up to that point was Steve’s coitus interruptus, also called the pull-out method, which for him was about his conserving his energy for work,’ she wrote. He explained that he didn’t want to climax so he could build ‘power and wealth by conserving one’s vital energies.” (Former girlfriend Chrisann Brennan’s book quoted in UK Daily Mail Newspaper ) 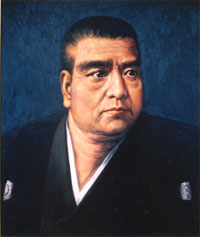 One of the most influential Samurai in Japanese history, known as “The Last True Samurai”

“Although Saigo would remarry twice, father five children, and keep a company of Kyoto geisha, in 1854 he prided himself on avoiding women entirely. He saw abstinence as empowering rather than constraining…In his youth Saigo saw sex not as pleasurable dissipation or intimacy but as an impediment to happiness and loyalty.” ( From the book “The Last Samurai,” page 34.) 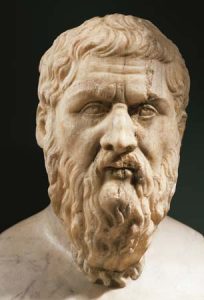 “Plato’s dialog stresses the intellect over the physical because of the risk of slavish dependent on physical desires. In this context, Plato recommends reduced erotic engagement to better exercise and control the mind. In other words, sexual activity is only detrimental only in so far as it distracts from intellectual endeavors…Plato praises this exemplary self-control, citing famous athelete, Iccus of Tarentum, who had “possessed in is soul such art and such courage mixed with moderation that he never touched a woman—or a boy for that matter—during the entire time of his training.” Plato suggests that by consciously choosing to control sexual desires, an individual liberates the mind to better study virtue.” (Source: “Male Abstinence Portrayed: A Lofty Ideal and Dangerous Extreme in Ancient Greek Sexuality”) 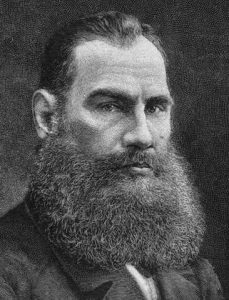 Leo Tolstoy Legendary Novelist
“I had become what is called a voluptuary; and to be a voluptuary is a physical condition like the condition of a victim of the morphine habit, of a drunkard, and of a smoker.”

“These periods of irritation depended very regularly upon the periods of love. Each of the latter was followed by one of the former. A period of intense love was followed by a long period of anger; a period of mild love induced a mild irritation. We did not understand that this love and this hatred were two opposite faces of the same animal feeling.” (Source: Leo Tolstoy’s “The Kreutzer Sonata” ) 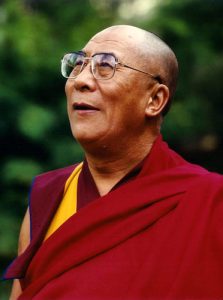 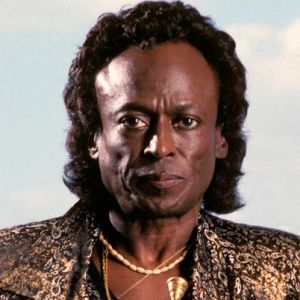 “Davis: You can’t come [cum], then fight or play. You can’t do it. When I get ready to come, I come. But I do not come and play. Interviewer: Explain that in layman’s terms. Davis: Ask Muhammad Ali. If he comes, he can’t fight two minutes. Shit, he couldn’t even whip me. Interviewer: Would you fight Muhammad Ali under those conditions, to prove your point? Davis: You’re goddam right I’d fight him. But he’s got to promise to fuck first. If he ain’t going to fuck, I ain’t going to fight. You give up all your energy when you come. I mean, you give up all of it! So, if you’re going to fuck before a gig, how are you going to give something when it’s time to hit?”

Kanye West Rapper
“People ask me a lot about my drive. I think it comes from, like, having a sexual addiction at a really young age,” he says. “Look at the drive that people have to get sex—to dress like this and get a haircut and be in the club in the freezing cold at 3 A.M., the places they go to pick up a girl. If you can focus the energy into something valuable, put that into work ethic . . . ” (Quote from: The Unraveling of Kanye West ) 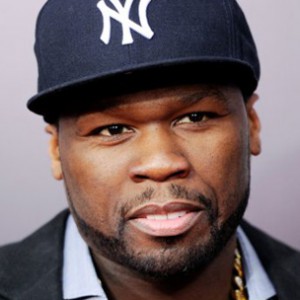 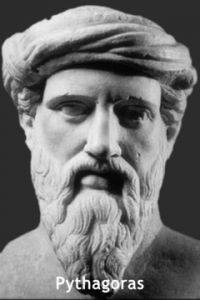 “According to Pythagorus (6th century BCE) sex should be practiced in the winter, but not the summer, but was harmful to male health in every season because the loss of semen was dangerous, hard to control and both physically and spiritually exhausting…”

“Pythagoras himself established a small community that set a premium on study, vegetarianism, and sexual restraint or abstinence. Later philosophers believed that celibacy would be conducive to the detachment and equilibrium required by the philosopher’s calling…” 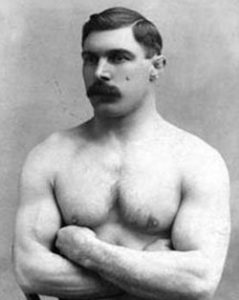 Martin “Farmer” Burns” World Champion “catch-as-catch-can” wrestler, coach, writer and teacher
“Do no dissipate in any form whatever. You should sleep alone, and from eight to nine hours. Get up at 5:30 and take a walk.”

( Source: Farmer Burns, “Lessons in Wrestling and Physical Culture” and Athletes on Abstinence ) 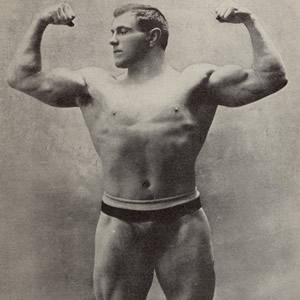 “Moderation in sexual intercourse is very important. Sexual abstemiousness should be strictly observed during the early age of manhood and development. He who observes this recommendation will soon benefit by the immense prerogatives of chastity. A few years ago a colleague of mine said to me: “Nonsense, that is only human nature.” This “clever” man, however reached only a secondary position as a strong man, and now, at the age of thirty, he is actually degenerating as an athlete.”

( Source: Georg Hackenschmidt, “The Way to Live” and Athletes on Abstinence)

“I don’t get down with jerking off, dude. Look. I don’t believe in everything that the church says. I try to do the right thing. I lead a clean and pure life. I’m a married guy. I have a beautiful wife. Sex is not the most important thing to me, being horny all the time, spanking the—I mean, it’s not against the law. You can do whatever you want. And it’s not like, ‘I shouldn’t do it because of my faith. I’m just not really that into it that much anyway.”
( Interview quote: Mark Wahlberg Is Off His Rocker Again, Maybe Because He Never Masturbates ) 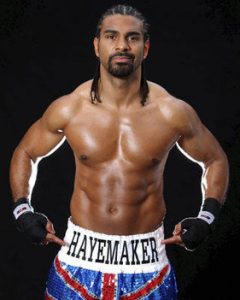 “I don’t ejaculate for six weeks before the fight. No sex, no masturbation, no nothing. It releases too much tension. It releases a lot of minerals and nutrients that your body needs, and it releases them cheaply. Releasing weakens the knees and your legs. Find a lion that hasn’t had some food for a while, and you’ve got a dangerous cat. So there won’t bet a drip from me. Even in my sleep — if there are girls all over me in my dream, I say to them, “I’ve got a fight next week, I can’t do anything. I can’t do it.” That’s control. I’ve been doing that since I was fifteen and its part and parcel of my preparation now. That’s why Im am who I am today — it’s down to all those little sacrifices. Find me another boxer who makes that sacrifice, and you’ll find another champion.” (Quote from: David Haye: Fight Night Preparation ) 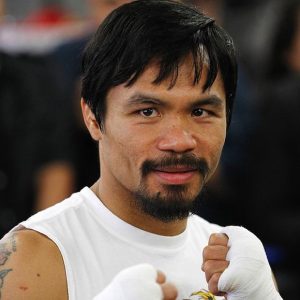 Believing the old adage that sex saps strength, Pacquiao follows a strict no-[wife] policy during training. “We’ve talked to doctors about it,” [trainer Freddie] Roach says. “Sex lowers your testosterone, so you’re not as mean.” Most boxers abstain for a week or more before a bout. “I ask my guys for 10 days,” Roach says. Of course Pacquiao beats the others even when it comes to abstinence. He stays chaste for 21 days before a bout, husbanding his energies for post fight festivities. ( Source: Playboy Magazine Article. Quoted in Manny Pacquiao Abstains Before Fights ) 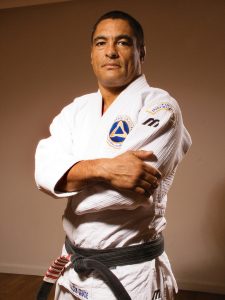 “No sex. Yeah, because you know, by having sex you waste a lot of energy. I mean, the vital energy in your body goes away. I mean, it’s normal, it’s something we normally do, and it’s no problem at all, but if you want to accumulate energy, if you want to get full energy, you cannot waste…So I try to keep myself away from sex at least two weeks before the fight.” Rickson Gracie in “Choke” (Source: Rickson Gracie in “Choke” and Athletes on Abstinence ) 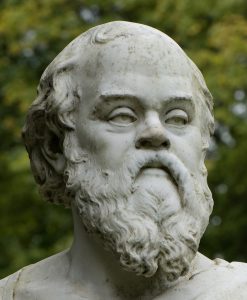 “Socrates first prescribes abstinence from sexual pleasure. A conventionalized treatment of his view on sex then follows which illustrates and amplifies the earlier summary treatment of its dangers…Xenophon [one that Socrates advices] makes the wrong move and finds that though sex may be a pleasure, it makes you a slave. (Source: “The Framing of Socrates: The Literary Interpretation of Xenophon’s Memorobilia.”  Page 54 ) 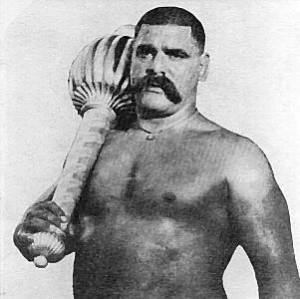 A wrestler’s life is strictly regimented. At 3 am he wakes, performs his ablutions and goes to the akharha. At the akharha he wrestles and exercises until about 8 am. After practice he relaxes and bathes. Once his body has cooled down he drinks a mixture of milk, ghee and almonds. Later he eats a regular meal and if his regimen is strict he will spend the better part of the day resting. In the evening he will bathe again and return to the akharda at which time he will perform various exercises to strengthen his shoulders, thighs, lower back and neck. By 8 or 9 pm he is in bed.

In addition to the disciplinary regimen of exercise, a wrestler’s life is defined by strict moral rules. Paramount is the injunction of self-control and anti-sensuality. A wrestler must be a celibate bhramacharya because semen is regarded as the primary source of strength.

(Source: Gama The Great and Athletes on Abstinence ) 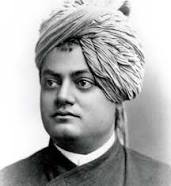 Swami Vivekananda  Indian Hindu Monk and Chief disciple of the 19th-century Indian mystic Ramakrishna Paramahansa
“You may wonder what made them do this, you may wonder if I had some strange power. Let me tell you that I did have a power and this is it — never once in my life did I allow myself to have even one sexual thought. I trained my mind, my thinking, and the powers that man usually uses along that line I put into a higher channel, and it developed a force so strong that nothing could resist it.”  (Source: “Complete Works Of Swami Vivekananda” and http://www.vivekananda.net )